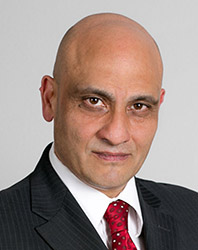 Andrew Hallam is General Secretary and a founding member of ASPIRE, CEE’s leading network of shared services and outsourcing practitioners, with nearly 100 members, representing more than 18,000 employees.
Andrew has lived and worked in Poland for seventeen years and was formerly Director of Regional Development and South Poland Director for the British Polish Chamber of Commerce. In 2006, he established South Poland Business Link, a company supporting links between the international business community and local stakeholders, and the South Poland Presidents Club, an informal network of the leading foreign investors in the region.
Prior to coming to Poland, Andrew worked in broadcasting and public affairs, for organisations such as the BBC, Channel 4, BSkyB, London Weekend Television, the British Labour Party and the Inner London Education Authority. He first came to Poland in 1989 as a researcher for the BSkyB documentary, “Return of a Soldier,” which charted the emotional return to his homeland of a Polish war veteran 50 years after being forced to leave.
Andrew is a graduate of the University of Oxford, where he read English, and an alumnus of the Cambridge University Business and Environment Programme. He also attended the Central and East European University in Prague. He is married with two teenage children.